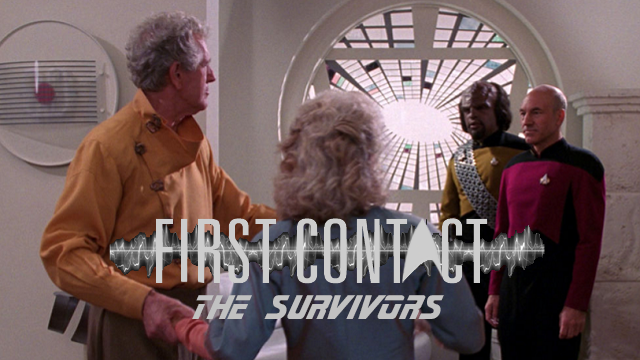 The Enterprise sets off to investigate a Federation colony after receiving a distress call. Upon arrival they find the entire planet destroyed like some desolate matte painting, except for one house where a nice old couple live. Troi senses something isn’t right but is then driven made by the jingle of a persistent ice cream van outside her window. After a few attacks by a hostile alien on the Enterprise, Picard works out what’s going on but refuses to tell any of his crew so that he can look clever in the final act. Turns out the old man is actually a god like alien and he’s basically re-enacting ‘The Cage’ but with a lot more death and guilt.

If you’ve ever wanted to know what a Wesley Crusher love story would be like then ‘The Dauphin’ is the episode for you.

Some space bikers are destroying Federation outposts and Picard is fed up and tracks down their planet of origin and brings their sovereign on board to try and negotiate peace with these outcasts.

What does the new season hold for Nick and Jess?