After a (slightly) disappointing sequel in The Dark World, Thor looks like he’s found his feet again in the final part of his trilogy. It looks like it’s got a far more off-kilter tone which would be keeping in line with the work of director Taika Waititi (What We Do in the Shadows). It’s also going to be another team-up movie with Thor and Hulk/Bruce Banner setting off on a road trip. It seems that Hulk has developed since last seen flying away at the end of Avengers: Age of Ultron, and can now speak in sentences. From the marketing, it would seem that this will be primarily a space-based adventure but we know from the Doctor Strange post-credits sequence that at least some of the narrative will take place on Earth, possibly the resolution of the cliffhanger from the last film with Odin’s throne stolen by Loki.

There’s also no return for former leading lady Natalie Portman and presumably her entourage of Kat Dennings and Stellan Skarsgård. Any doubts about Marvel’s persistent villain problem should be put to rest with the presence of Cate Blanchett of Hela who appears to having a delicious time camping it up.

The usual suspects of Tom Hiddleston, Anthony Hopkins and Jaimie Alexander are expected to return as well as newcomers Jeff Goldblum, Tessa Thompson and Karl Urban. 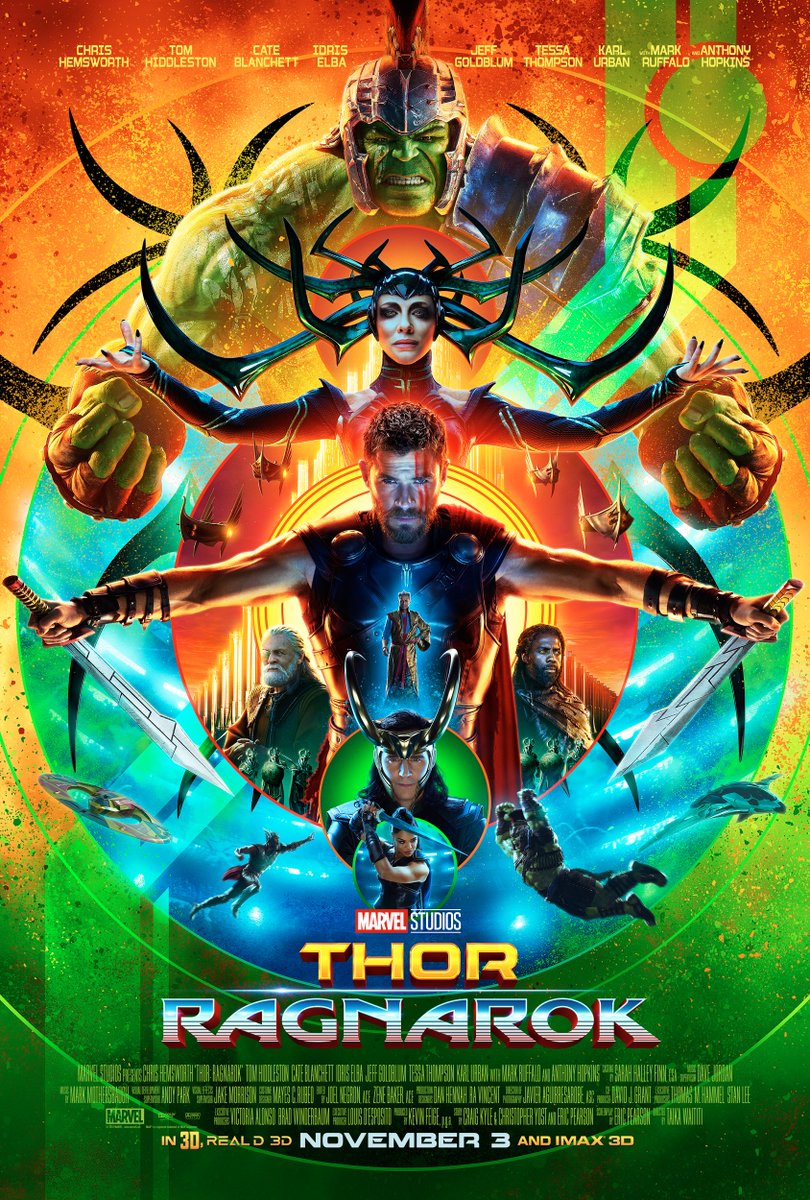 The Avengers: An American take on a British classic

Despite the unsuccessful and unsatisfying cinematic take on The Avengers in 1998, it seemed Hollywood was too in love with the concept of 1961 British spy series to leave it there.