Lots of exciting things turn up at San Diego Comic Con. You might find that really rare version of the USS Enterprise mid-explosion from Star Trek III: The Search for Spock; or maybe you’ll even meet that special someone. Then again, you might find posters, like this one, or rather these ones. Marvel released a bunch of concept art posters for the new Avengers movie and they all fit together to make one giant piece of concept art. In a few years, this will be on everyone’s walls or at least those people with really good taste.

All the Avengers are there; look there’s Hawkeye in the corner. They’re joined by new recruits, Quicksilver and Scarlet Witch as played by Aaron Taylor-Johnson and Elizabeth Olsen. And who’s that up at the back? It’s the Vision played by Paul Bettany whose been the voice of JARVIS up until now. Also there appear to be rather a lot of Ultrons, the robot voiced by James Spader. He’s probably bad news. 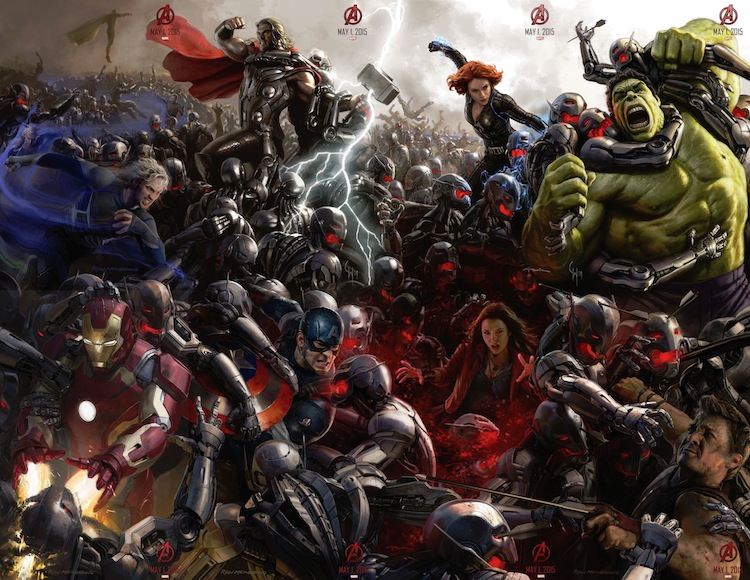 Concept art poster for Guardians of the Galaxy released

I hope it has a good plot ark

Look at them all standing there looking authoritative and sexy in front of a giant badge.