The marketing for the new The X-Files miniseries is more like that for a movie than a TV show. It’s working perfectly to get fans hyped up as everything looks set up to be The X-Files like we remember it, not like it finished up. The new TV spot confirms that Mulder and Scully are back where they can make a difference and working for the FBI and presumably Mulder has been exonerated against all accusations.

The poster emphasises the importance of Cigarette Smoking Man, played by William B Davis, which will come as a surprise to many given that he died some time ago. Still you can’t keep a good villain down, apparently. It’s as if the 90s never ended. 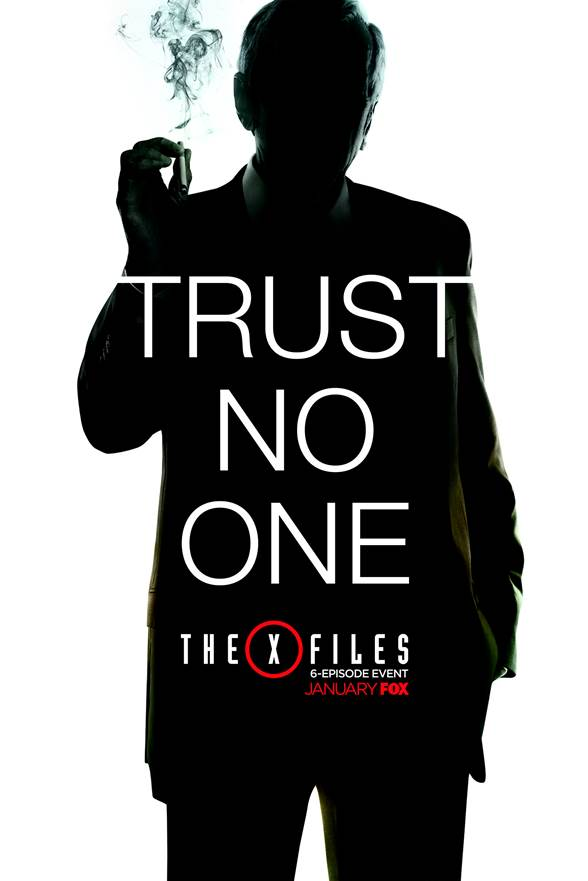 He’s back, only this time he should know better.

Here’s a pretty poster for Guardians of the Galaxy

Is this Marvel’s best ever poster? You’d think they’d be good at the art part

Look everybody, here’s a new poster for Batman v Superman: Dawn of Justice (no they still didn’t manage to workshop a better title). They’re staring at each other lovingly as though they’re in some kind of