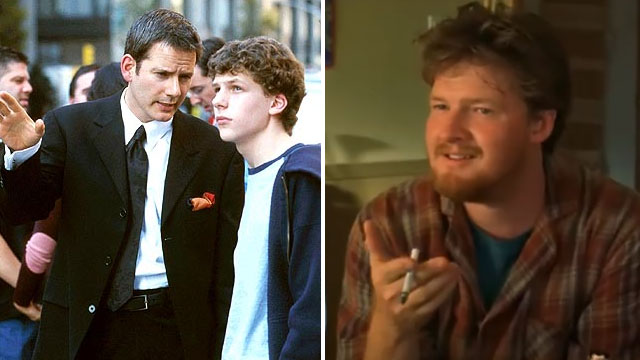 Do you remember when we thought our ideas were original?

This was like 10 years ago, before Reddit and Twitter showed us the sheer number of times some other jerk will come up with the same joke or theory at almost exactly the same time as you do.

As it turns out, society has a way of pumping raw material into the air and people have a way of shaping it into almost the same thing independently. Call it the Newton-Leibniz Effect. I bet you some writer for the AV Club wrote something similar last month.

Anyway, one concept that briefly popped its head into the semi-mainstream in the early 2000s was the idea that men could turn their methods for getting laid into defined systems. This was a pre-Reddit version of Pickup Artistry – the pseudo-science, popular on certain misogynistic internet forums, where men persuade women to have sex by following purposefully manipulative tactics.

At the turn of the century, a series of charming, mostly indie films showed men who discovered this same concept, seemingly in isolation. Magnolia (1999), The Tao of Steve (2002), and Roger Dodger (2002), and, in different ways, What Women Want (2000) and School For Scoundrels (2006) all feature guys who have ‘figured out’ how to score – only to be taught that there’s a more rewarding way to live. *queue warm Hollywood ending, indie music, and credits*

Something was in the air. Your guess is as good as mine. The mainstreaming of nerd culture. The rise of computer geeks with their algorithms to figure out the world. The acceptance of gender equality as a concept. The marginalization of feminism. The horrid desperation and corresponding economic unimportance of average white guys, as featured in Election, Fight Club, and American Beauty.

They all seem to feed into The Tao of Steve and Roger Dodger, two dialogue-centric and legitimately enjoyable comedies that make for fascinating re-watching.

The Tao Of Steve stars Dex, an effortlessly charming fat 32-year-old stoner (played by Donal Logue who won Best Actor at Sundance for the role) who repurposes Eastern philosophy into a three-step process for scoring with women better-looking than him:

1) Eliminate desire (“Women want to have sex, like, y’know, fifteen minutes after us so if you hold out for twenty she’ll be chasing you for five.”)

2) Do something excellent in her presence.

It works. Besides sex and his part-time daycare job, he spends his time playing frisbee golf and smoking weed, which is good because Dex thinks that doing stuff is overrated. “Don’t we all wish Hitler woulda just stayed home and gotten stoned?”, he says.

Roger Dodger’s Roger is a darker and more pathetic character, almost on the verge of a nervous breakdown. He has his own theory stolen from his day-job as an ad copywriter where he has to make people realize their life is missing something before he can sub in the product he’s selling as a solution.

In practice, this means angrily negging the shit out of women at bars though it’s usual effect is to for women to walk away disgusted.

Roger and Dex are basically hustlers and posers who have formed their own pseudo-religion of male coolness. Dex models himself off the awesome Steves of cinema, especially Steve McQueen. Roger presents a studied unflappability, a fake Don Draper. Their systems are really a side effect. The thing that gets them laid (when they do) is their masterful and endless bullshit, persistence, and willingness to lie to and treat women like commodities.

They constantly spew self-serving theories, which friends listen to because they’re entertaining, but are nonsense.

Enter the plots, which set Roger and Dex on a journey to being better men.

Dex meets Syd, a friend of a friend who he falls in love with even though she views him with “annihilating contempt.” He pursues her, breaking his own rules, and later learns he slept with her in college and didn’t remember. It’s an experience that makes him realize value of connecting with women and the harm he’s been doing by treating them like objects.

Roger, on the other hand, meets his 16-year-old nephew Nick (the first big role for Jesse Eisenberg) who pops up at his Madison Avenue office and begs Roger to help him lose his virginity. Roger delights at the opportunity to share his skills.

At a bar, the two meet Andrea and Sophie, played by Elizabeth Berkley and Jennifer Beals. The two women are impressed by Nick’s sincerity and genuine romanticism and disgusted by the cynical, obnoxious Roger, which (along with the night’s other events) forces Roger to question his own self-image. Berkley and Beals are absolutely excellent as fiercely feminist New York party girls.

The two movies also share a certain aesthetic of averageness. The Tao Of Steve’s Santa Fe is pretty and boring middle-class southwestern nothingness where Dex can while away his time. Roger Dodger’s NYC is filled with the cubicles and uninspiring bars you frequent when you’re a mid-level corporate shill who wants to live pretending you’re an executive.

More than anything, these are movies about average white guys in their early thirties who need to grow up, accept they’re not God, and treat women better.

It’s a timeless theme, really, but I doubt these movies would be made today now that Pick Up Artists (PUAs) have networked across internet to form a misogynistic subculture closely associated with Red Pill and Men’s Rights (one of the many fringe subcultures formed on the internet that has found a political voice in the populist right).

The Tao Of Steve is still as effortlessly charming as its main character with one of the most original and memorable protagonists I can remember, but it’s a small and contained story. In Trump’s America, the persistence and banality of misogyny is a defining narrative of our time.

Also, Dex gets an easy happy ending, which is fine – there’s a lot of good in him – but he really should have to earn and suffer for it more than he does. Meanwhile, Syd, while a nice person with a cool job, never becomes much more than a tool for Dex’s growth – hypocritically, in my mind, since the movie is about Dex discovering women are their own people.

Roger Dodger connects more obviously with larger themes. Roger, after all, is an ad-man who peddles misogyny and general male anger personally as well as professionally. In the opening, he theorizes that men are irrelevant in the face of artificial insemination and, later, he debates Andrea and Sophie on feminism, the male gaze and its prevalence in advertising (taking, of course, the side that they really like it). He is not just a bad man but an embodiment of bad maleness.

The problem is Roger. The movie doesn’t want us to like him but it wants us to root for his moral recovery, rather than view him as a monster.

That’s tough. He harasses two women at a bar in a particularly mean-spirited way and, later, tries to convince Nick to rape a possibly blackout coworker. It’s not all that forgivable.

Anyway, the problem is larger. The truth is that the Pick Up Artists of Roger Dodger and Tao Of Steve were never so contained as the movies suggest.

In fact, they were part of a massive story of rising male anger mixed with traditional cultural misogyny that would reveal itself through the nastiness of internet harassment and the 2016 election.

It’s strange realizing that Dex and Roger are more than the misguided players from two low-key charming comedies.

They were members of a movement.