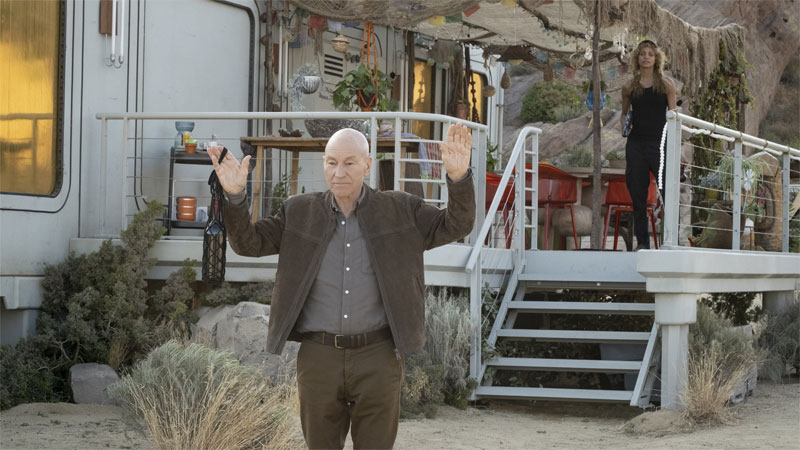 In late 2002, Viacom, then parent company of Star Trek: Enterprise, decided that all its shows would at some stage in the next year produce a special episode addressing the AIDS-HIV pandemic. This was not a problem for Girlfriends, Becker, Frasier, The District, The Agency, or Queer as Folk, as they were set on Earth in the present day, but AIDS-HIV did not exist in the Star Trek future of the 22nd Century.

Rather than attempt to clumsily wedge the issues of the day a-canonically/anachronistically into the show, the producers went with an episode called ‘Stigma’. In the episode, Vulcan Sub-Commander T’pol, who had been force-mind-melded in the previous episode, contracts Pa’nar Syndrome, a degenerative disease. Only a minority of Vulcans can perform mind-melds, and the attitudes of the Vulcans towards those who can parallels that which the gay community faced during the height of the AIDS crisis. 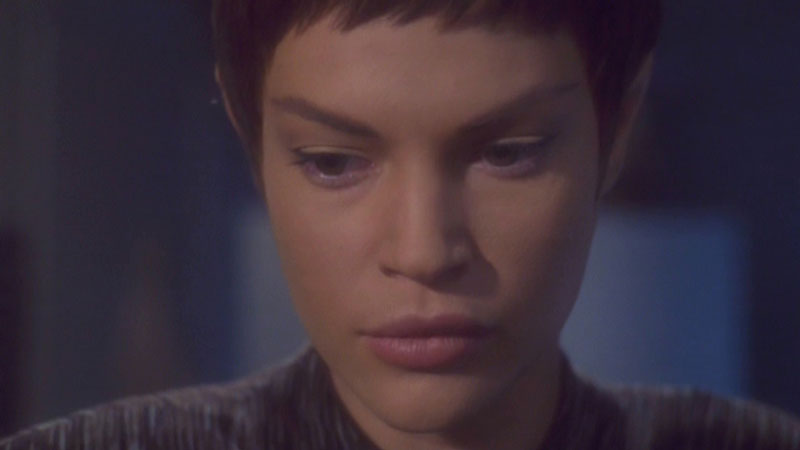 At the end of the story, T’pol declines to provide an of explanation of her essentially being mind-raped, because to do so would lead to further persecution of the mind melding minority, extending the parallels without ruining the integrity of the show. It was a good analogy, if a little on the nose. The episode is held up as being one of Enterprise’s best. Flash forward (or back) to 2020, and we see a Star Trek: Picard in which such careful integration of current concern is abandoned.

The Earth in which poverty, disease, and addiction were taken care of centuries before, is gone, replaced by one in which you can have a ‘crappy replicator’, a place where drug addiction can once again ruin lives and drive apart families, a world in which people still live in trailers. The Federation, a consortium of over 150 planets, has become… isolationist. Even the Romulan Star Empire cannot look after its own on any of its many, many worlds. Indeed, much like its Alex Kurtzman produced sister series, Discovery, the values that were supposed to have allowed us to journey out into the final frontier are absent. Characters are curt, rude, and sometimes cruel in a way that seemed culturally unthinkable in the bright futures of yesteryear. With such basic breakdown at the level of personal interaction, it is perhaps no wonder that the Federation, and its values, seem to have crumbled. Nobody is boldly going anywhere. Desperately, perhaps, sometimes with steely determination, by more often than not with a world(s) weary, apologetic, and defeated attitude.

I used to come away from watching Star Trek uplifted, hopeful, and entertained. I felt good. Now, I come away having seen someone’s eye gouged out without anaesthetic, the 24th Century world I was so familiar with reduced to the same level of petty darkness I can see by watching literally any other genre show, or by simply turning on the news. My story, unlike many of those episodes I grew up with, is not unique.

Star Trek, a televised utopia, used to be. The parallels drawn to our world are obvious. Borders, refugees, institutions in decline, these are all worthy and important subjects. They are subjects that could have been dealt with with the nuance available to a writer willing to imagine other worlds, places where analogy can be drawn from someone’s mind rather than beaten into it. They could have been handled in such a way that that the online conversation was actually about those topics, rather than about what had to be torn apart or discarded in an effort to depict them in the bleakest of lights. The utopian element of the 22nd-24th Century was what gave these characters, and the writers behind them, the ability to strive, to be bold. It seems all but gone.

When I think of the Picard I knew growing up, he was a character I felt genuinely was bold: confident, courageous, willing to take risks to do what is right. This man would not have sat in a vineyard for 14 years before being pulled back in by father issues the character quite specifically did not have. He would not have abandoned the Federation because he, like the many people like me who have been left cold by the glitzy but empty new world of action Trek, believed in it. But conflict is drama, and writers are as lazy and often lazier than the next person. And when the culture you live in is as ideologically trigger happy as ours, perhaps it doesn’t deserve a show in which socially evolved people went out of their way to use words to solve problems around a boring table in a beige room.

When that’s the situation, writing is hard. It’s easier to blow things up than it is to reason, easier to tear things apart than build them, easier to wallow in the now than depict possible, brighter futures. At the end of the day, dystopia is easier than utopia. That’s why they are ten a penny. And that’s why we have Picard, and Discovery. And It’s why we don’t really have Star Trek. RIP, old friend.

I’ll spare a humanistic hope for a Genesis Project.

If you’d like to hear more about Star Trek: Picard, listen to our podcast – P for Picard.