With its depiction of a world of incredible gadgetry, Star Trek has been credited with inspiring countless pieces of technology from the mobile phone to advanced medical scanners. But we don’t like to take the easy route when it comes to making fatuous lists.  Not every innovation depicted on Star Trek has filtered down into 21st century life. In fact some didn’t even make it to the next episode. 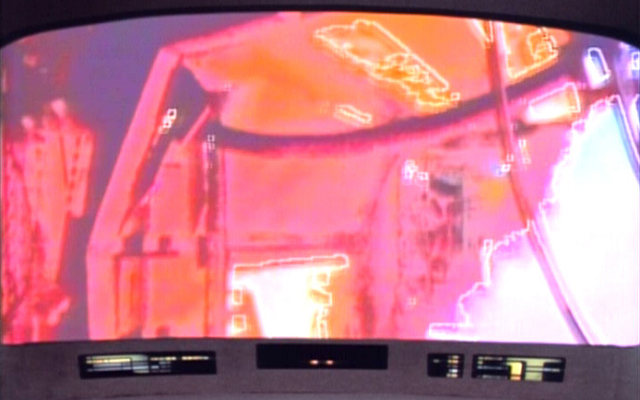 When Captain Picard first saw Geordi transmitting pictures from his Visor during “Heart of Glory”, he declared that this would innovate how away missions would be conducted as they could get a real time feed from the away team. Strangely it never cropped up ever again. The problem was, that although Geordi being given the gift of sight through this tech is miraculous, seeing the full electromagnetic spectrum is just a little bit flashy and headache-inducing for the average viewer. And another thing, if Picard really wanted to be able to see away missions, couldn’t he have just set up a camera? You know, we transmitted live pictures from the moon in 1969, and even within the series they already send images of the bridge to any starship they communicate with. It doesn’t seem like a portable camera wouldn’t be too much of a stretch. As a sidenote, the Duras sisters used a version of this technology to discover the Enterprise’s shield frequency before destroying the ship during Star Trek: Generations…although they really managed to clear up the picture…probably so general cinema audiences would understand. 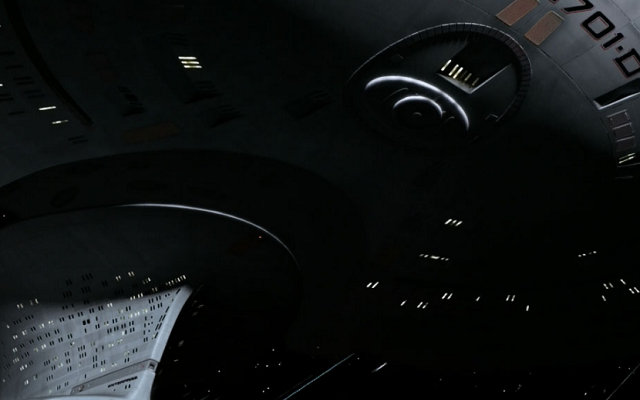 One of the big set pieces of “Encounter at Farpoint”, Star Trek: The Next Generation’s pilot episode, was the separation of the saucer section of the Enterprise-D from its drive section which goes on for an eternity while the theme tune plays for some reason. The idea of a separating ship had been mentioned in The Original Series and even storyboarded for The Motion Picture. Gene Roddenberry even proposed it as an ending to Star Trek III with the saucer being destroyed rather than the whole ship. However fans would have to wait until 1987 to find out just what a rubbish idea this actually was.

The idea behind was that as the ship carried civilian families as well as Starfleet crew and they could be left behind when the Enterprise went into battle. Clearly leaving a drifting defenceless saucer close to a battle zone was an idea that everyone thought through thoroughly. Star Trek Beyond shows that the old Enterprise could separate too, which is probably just one of those subtle little 50th anniversary references. 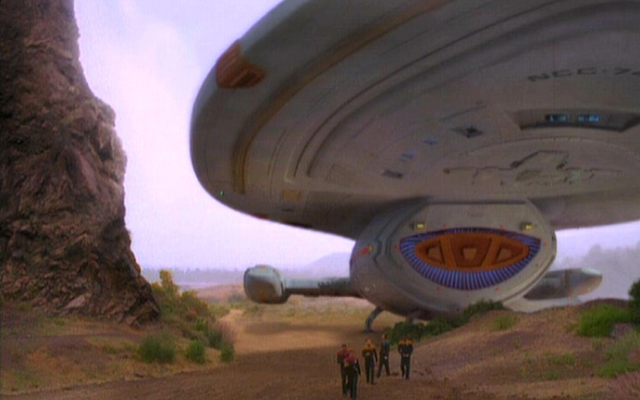 One of the great innovations of Star Trek was its use of the transporter. There was no need for the lengthy (and costly) model shots of shuttles landing or even the need to land the whole ship on a planet every week. Instead, with the push of a button, the crew could be transported to a new world full of storytelling possibilities. Then when it came to Voyager, it seemed they were desperate to differentiate it from TNG as much as possible even if it made little storytelling sense. Star Trek design guru Michael Okuda wrote this memo during pre-production: “Suggest we give the starship the ability to land on a planet surface. This is not something we’d want to (or could afford to) do every week, but this could be something that sets the new ship apart from previous vessels. Maybe it’d be something we could do two or three times a season.”

Two or three times a season was majorly optimistic. It first landed in the season 2 opener “The 37’s” (originally designed as the season 1 finale). In all, it the ship was only shown to land in four more episodes during Voyager’s run and it looked ridiculous like it was about to topple at any moment. The thing is, once you have the transporter, it doesn’t make any sense to land and spend the entire visual effects budget. 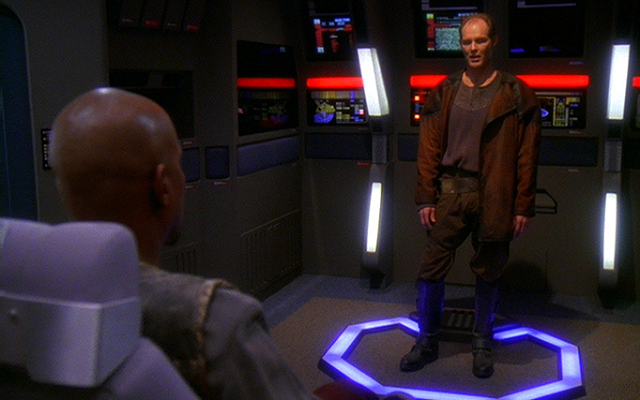 The Holo-communicator is actually a fairly cool innovation and used effectively in Deep Space Nine’s season 5 episode “For the Uniform”.  Although it required that both parties had one of these communicators on board, which was convenient for the resource-starved Maquis leader Michael Eddington. However, it allowed these two nemeses to face each other and trade barbs without ever being in the same room. The innovation was proposed by writer Ronald D Moore who stated, “I just think it’s so absurd that in the twenty-fourth century they have holodeck technology that allows them to recreate Ancient Rome, but everybody talks to each other on television monitors. It’s just so lame.”

Lame perhaps but the view screen is such an iconic (perhaps even essential) element of Star Trek and there was no reason to take it away in the long term. Also there were some practical film making issues with this new form of communication. Visual effects supervisor Gary Hutzel explained, “The idea was to create this amazing 3-D image, but TV’s a 2-D medium, so it’s hard to show that it’s 3-D. So you have to move the camera around so that audience can see that it’s 3-D, but then it could look to them like the guy beamed in.”

It appeared one more time, a few episodes later in “Doctor Bashir, I Presume” before disappearing without mention, just like Doctor Pulaski. 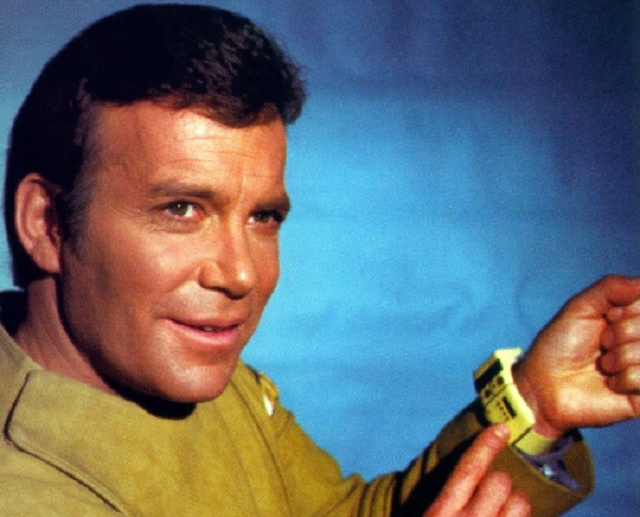 The wrist communicator from Star Trek: The Motion Picture is a hideously ugly piece of design which, to be fair, matches most of the production elements from the Enterprise crew’s first foray onto the big screen. There was nothing wrong with the old communicator of course but technology had moved on in the real world since the original series. Gene Roddenberry was taken with the 1970s trend for miniaturisation and thought it would be implausible to have the larger communicators on show in the futuristic world of Star Trek. In the novelisation, communicators have actually been implanted into the brains of ranking Starfleet officers which is how Kirk is first alerted to the V’Ger crisis and that’s only a little disturbing.

“It’s an understandable decision,” stated Michael Okuda during a director’s commentary. “You want to do something that’s more advanced, and then after you’ve done it, you realize, ‘Oh – we’ve lost one of our icons.'” What’s worse is that they didn’t even make the right chirping noises. The old style would return in the later films.

Is there any other odd tech that you’ve spotted in Star Trek. Do tell us in the comments below. Or alternatively, keep it to yourself.

Have you heard that there’s a new Star Trek movie? Of course you have because there’s been press junkets, interviews and previews everywhere.