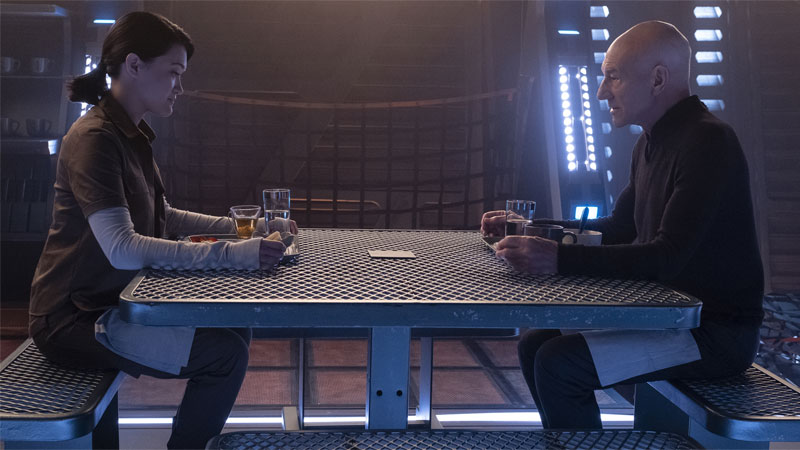 Rios finally meets Dahj and realises she looks exactly the same as Janna, an alien woman who was murdered by his former captain before he took his own life. Jurati wakes up and admits that she murdered Maddox and she agrees to hand herself in. but first they head for Soji’s home planet pursued by Narek. On the Borg cube, Seven arrives to save Elnor and decides to activate the sleeping collective to kill the Romulans, but that doesn’t work so it’s all a bit pointless but the former Borgs seem to eat Narissa and the rest of the Romulans bugger off to Soji;s planet where Picard and crew have already arrived. They meet a colony of friendly androids on a college campus in California led by Doctor Altan Inigo Soong, the son of Data’s creator – because Brent Spiner has to get paid and they didn’t have the budget to de-age him. It’s just like the Augments episodes of Enterprise …but worse.  Could this apparently peaceful place actually be something more sinister? Well, yes because a Soji double is actually bad, you know like Lore… but worse. And we’re probably heading towards a big space battle in the finale but honestly who cares?