The Justice League is soon to assemble in some form in Zack Snyder’s clumsily titled Batman v Superman: Dawn of Justice. Well soonish, the movie doesn’t actually come out until the summer of 2016 but it’s such an event that there’s already plenty of publicity surrounding it. As well as Ben Affleck’s Batman and Henry Cavill’s Superman, there’s also going to be appearances by Ray Fisher as Cyborg, Jason Momoa as Aquaman and perhaps most notably Wonder Woman as played by Gal Gadot. Are we sure this isn’t actually the Justice League movie?

There’s been a distinct lack of female leads in comic book movies and it seems insane that there hasn’t been a Wonder Woman film up until now. Just as Superman no longer has pants on the outside of his costume, Wonder Woman needs to cast off the stars and stripes and get a new 21st century look. If you’ve seen David E Kelley’s Wonder Woman pilot, you’ll understand why. So here she is as tweeted by director Zack Snyder; and she looks like Xena: Warrior Princess. And yes comics fans, I know she looks like that in the comics now but Wonder Woman has some way to go to make that look her own. It’s up to you now, DC/Warner Bros. 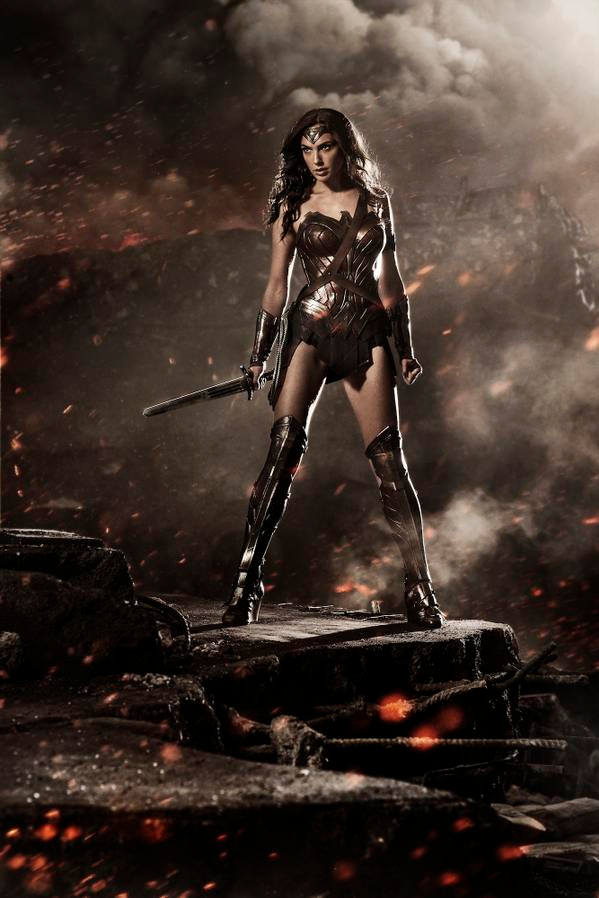 Justice League: Trailer one arrives for DC’s team up

While DC’s current batch of films have failed to garner much in the way of critical acclaim, they’ve all performed solidly, if not spectacularly, at the box office. Justice League will be the fourth film

There’s lots going on in the final trailer for Wonder Woman. It’s like a super-montage that never seems to end.

It feels there’s been more build up to this film than any other…except Star Wars: The Force Awakens but other than that, this is the most highly anticipated movie of the decade.