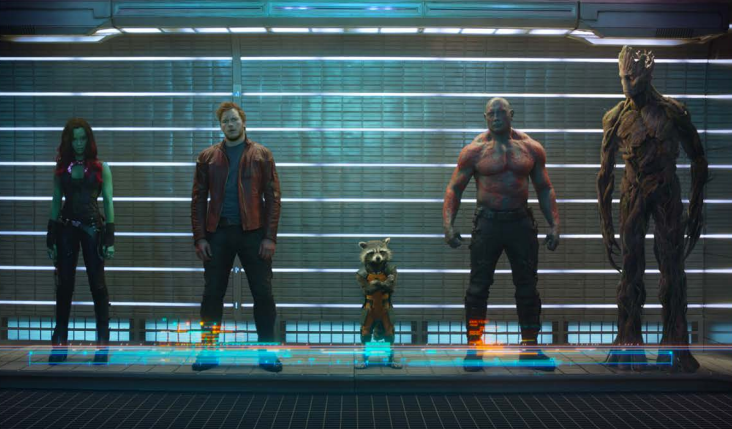 Guardians of the Galaxy director James Gunn tweeted this early still from his Marvel movie. The film is regarded as Marvel’s riskiest proposition yet with a director known for being distanced from the mainstream adapted from a comic book that even comic book fans don’t read. Then again it does have a talking raccoon in it so It’ll probably be a hit. If you need an introduction these characters are Gamora, Star-Lord,Rocket Raccoon,Drax the Destroyer and Groot.

Check out how similar this image looks to the concept art released back in July. 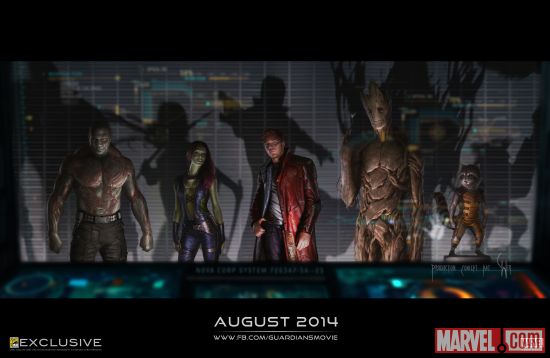 Guardians of the Galaxy will be released 1 August 2014

Marvel’s Cinematic Universe continues to grow with Black Panther, following the exploits of T’Challa (Chadwick Boseman) as he becomes king of secretive country Wakanda but has a not-so secret identity as the Black Panther, protector of

All the Guardians of the Galaxy character posters

What a bunch of a-holes

Spider-Man is part of the Marvel Cinematic Universe now. Even if the licence is still owned by Sony, it’s incredible that their mismanagement reached this point.