Well they might say that it’s the ultimate disaster movie but can there ever be a film about volcanoes that lives up to Dante’s Peak? 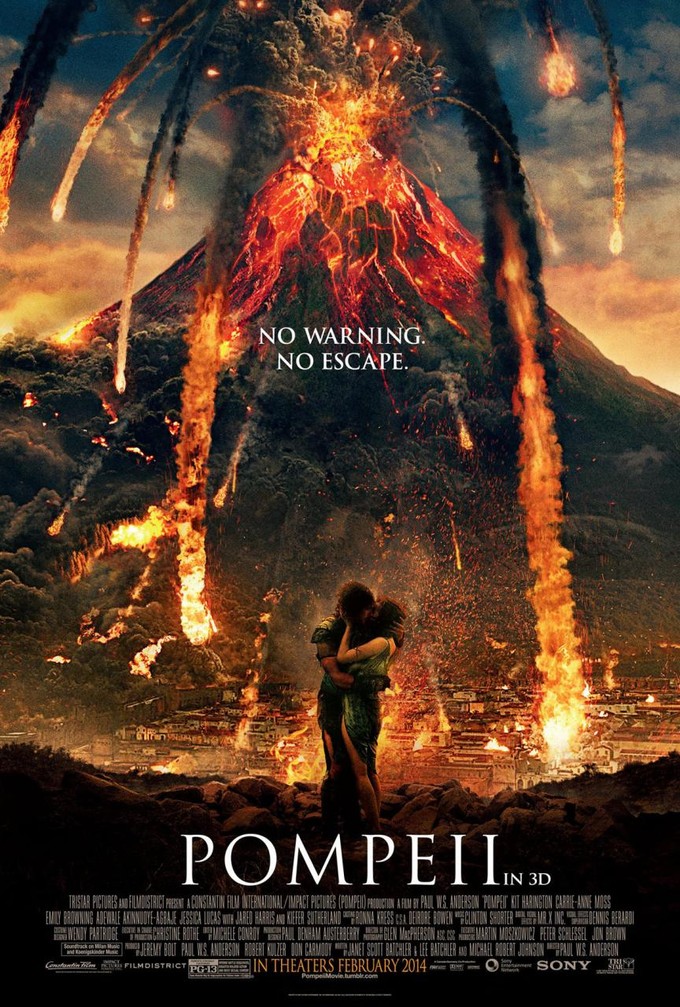 There are warning signs already on this poster. The first being that it comes from Paul WS Anderson, the man who brought you The Resident Evil movies. Those movies have their fans; they must do because they keep making money but such a weighty topic of Pompeii perhaps requires a director with more in their armoury than flashy hollow visuals. The other warning is the couple kissing. This film isn’t really going to be about Pompeii but rather about a couple of star-crossed lovers with the disaster as a backdrop. We can probably blame James Cameron for this but at least he did it with some class.

Just in case you missed it here’s the trailer.