If you were making Jurassic Park today, the poster would probably look a lot like this. Everyone likes a bit of darkness now. It has the iconic dinosaur skeleton silhouette which served as the logo for Jurassic Park and the same font. But instead of the bright yellows and reds which might herald the opening of a theme park, we have a start silver, almost as if the pristine paint work has been burned away, which is implied by the the lingering smoke around the symbol. This smart marketing suggests that Colin Treverrow’s film will closely tie to Spielberg’s 1993 original with the implication of a destructive event.

It would probably have been far simpler to just go for a full on remake rather than a soft reboot set in the same continuity, but it would also be foolish to even attempt to better Spielberg’s masterpiece. Iconic pop culture lives for a long time and the special effects in Jurassic Park remain a perfect blend of elaborate practical effects and CGI making it an almost perfect manipulation of reality. It is a world worth revisiting and the early buzz suggests that the new film will be closely connected to the first and will be set on Isla Nubar, the location of the first film which hasn’t been seen in either of the sequels. Man of the moment Chris Pratt stars alongside Judy Greer, Bryce Dallas Howard and Jake Johnson. 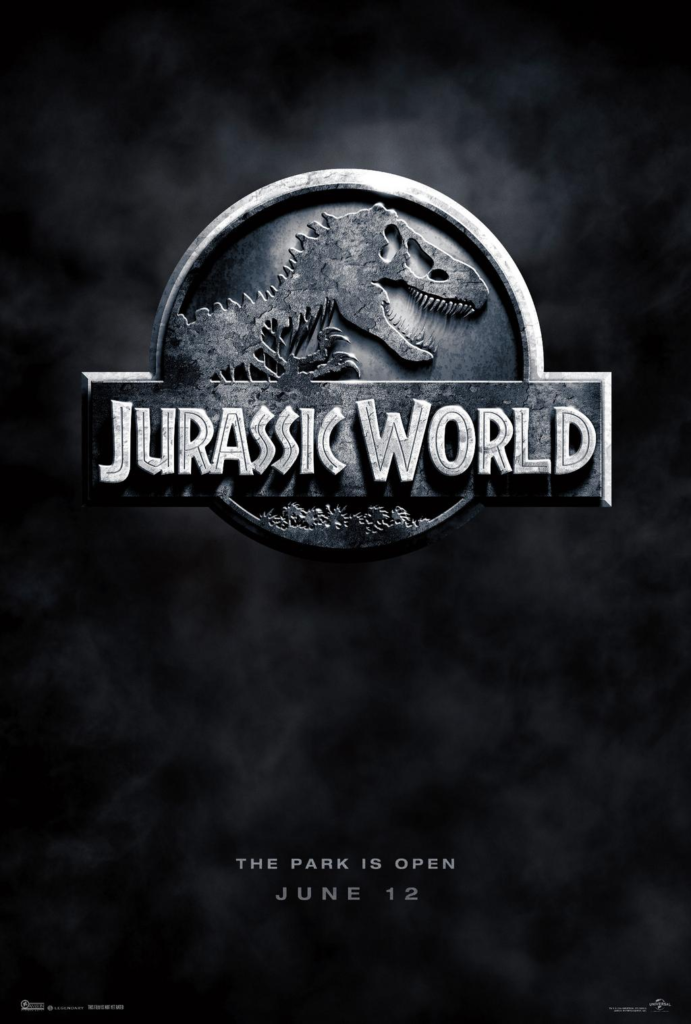 Look, there have been a whole lot of trailers our lately so things might get confusing. This one is for the fourth film in the Jurassic Park series

It’s the first poster for Robocop

There’s a teaser poster for the Bananaman movie

They’re rebooting the Man of Peel