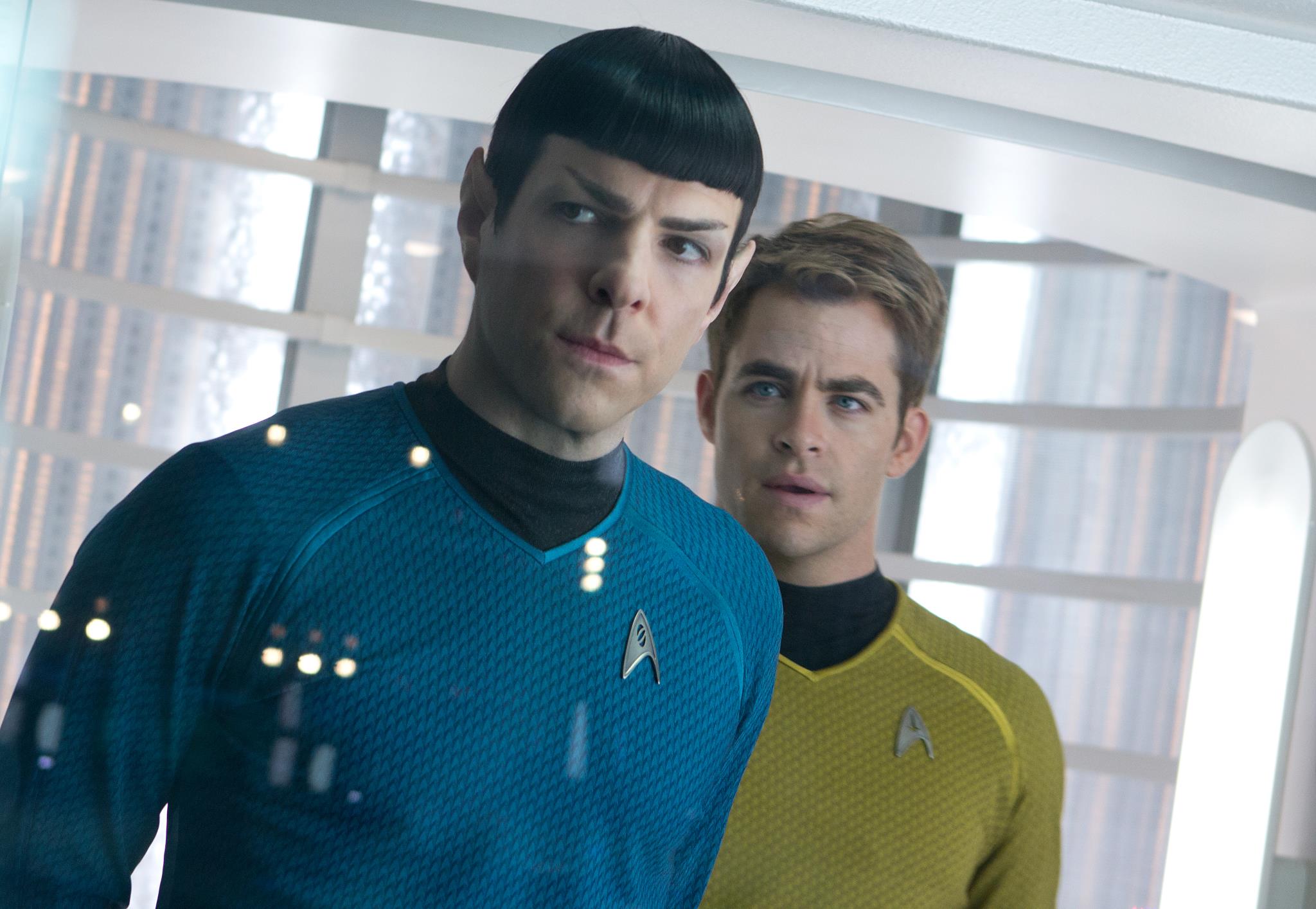 Despite only having been in UK cinemas for a fortnight I feel like I am one of the last people to see Star Trek Into Darkness. By avoiding spoilers and going only with official trailers and generic reviews I approach this new Star Trek film with eager anticipation but sadly I was to be disappointed in the latest addition to the world’s biggest franchise. Though others may see Into Darkness as “homage to Star Trek”, as a trekkie I do not agree.

As I watch the adventures of the new crew, a daredevil Kirk and his defiance of rules and an early introduction of a Starfleet officer gone rogue, it all seems like the beginnings of a good Star Trek plot. All is going well but then….it changes. We hit the big reveal and within a few minutes Abrams’ latest franchise reboot becomes and a rerun.

The movie is not without merit. The first half of the film is well done and there are plenty of nice touches; Dr McCoy and his famous “I’m a doctor not a…” lines, the awkward friendship between Kirk and Spock and we even throw a tribble in to save the day for good measure. Some things have changed but some are just as we remember. The Spock- Kirk- Bones relationship is still there but Uhura is given a more central role. The Enterprise interior is shinier than it’s ever been but its very classic trek. The score, the space shots and the character dialogue all make enjoyable viewing but major flaws later overshadow this strong groundwork.

Though 2009’s Star Trek had a few noted flaws in my eyes – the casting of Anton Yelchin, who to me was just not Chekov, and the massive Nokia advert in the opening scenes among them – the film overall was superb. It felt like Star Trek. It worked well in addressing different timelines and kept the character of The Original Series. There were nice touches, from little things such as mention of Captain Archer’s beagle to the play out of the Kobayashi Maru making it perfect for a trekkie. Where Star Trek got bonus points for these flashbacks and references to the treksphere, Into Darkness made me cringe and say “No…Wrong…Please Stop”. The difference? Where before writers picked out snippets of Star Trek history and built upon them, our latest instalment took defining moments, rehashed them and destroyed them.

First the reappearance of an enemy we know all too well and an old flame for our favourite James T.  makes me sceptical and from here the plot suddenly becomes very familiar and by the end I’m watching a scene by scene, word for word re-enactment of Star Trek: The Wrath of Khan and I’m not impressed.  By the last half hour it’s all too much for me.  With each new spin on a classic trek moment I lose interest in the characters, I am no longer invested in the storyline (because I know exactly what’s coming) and am instead judging every minute against the original. I am no longer watching the prequel, or even a spin-off, I’m watching a re-make. The writers may have changed who is saying what but you have fooled no-one.  Kirk saves the day by knocking out Scotty, entering a radiation filled room and sacrificing himself to stop a warp core breach. It should be heroic, it should be emotional and dramatic but it’s something I’ve seen before.

I’m watching a tender moment between Spock and Kirk, in front of me the captain of the Enterprise has just died but I’m more preoccupied with my disappointment in the lack of new material to care.  I’m watching my favourite characters, saying iconic lines but this is not what I want from this new Star Trek universe.  If I want to see Wrath of Khan, I’ll watch it. Don’t give me an old script re-worked; give me a new script with new defining character moments, new scenes that will become iconic movie magic and new lines that will become quotable geekness. You’ve created a new trek universe – use it!

Many aspects of Into Darkness are five star but nothing can fix its storyline.  It may have Star Trek in the title, it may be the adventures of Kirk and crew but it is not boldly going forward.  Such a storyline makes me wonder what comes next? Do we simply move on to the next Original Series film? Can we really work in searching for two Spocks?

In the end it comes down to what you want from this movie. If you want a sci-fi blockbuster movie then you get it – there is high paced action, space battles, hand to hand combat, twists and beloved characters in constant peril. If you have only seen the 2009 movie then this is probably your perfect follow up but if you are familiar with the Original Series and the films that followed then you are shown your classic and most cherished trek moments turned upside down and void of their original charm.  To avoid disappointment when Harrison becomes Khan, trekkies turn off.

In our first Classic Trailer Tuesday we look at Star Trek: The Motion Picture

Have you ever felt like you’re lost in a void in space? If not then try watching this episode