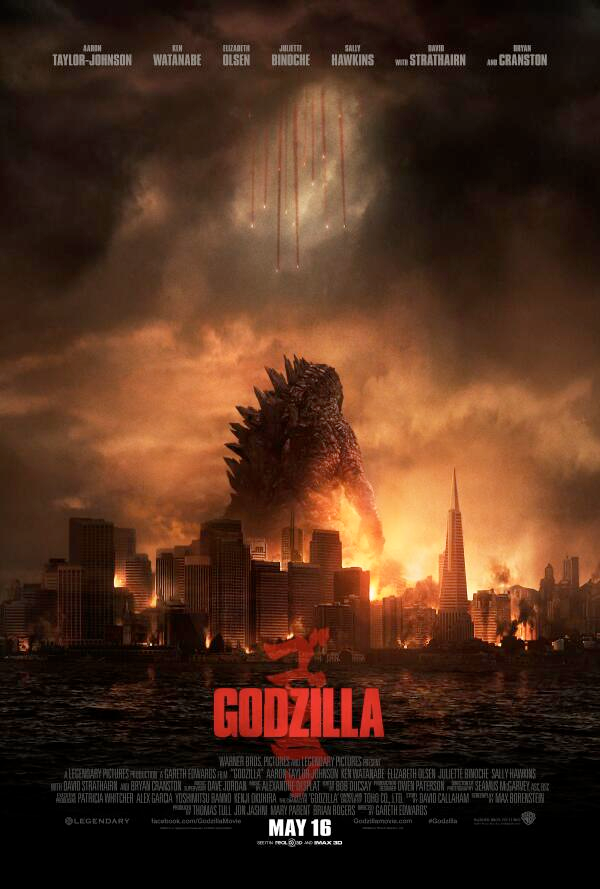 Remember Roland Emmerich’s take on Japan’s first monster back in 1998? No, well keep it that way; let’s not even try to evoke that memory. That particular film failed to launch a franchise and Sony saw little potential outside of a cartoon spin-off so let rights expire and return to Japanese production company Toho in 2003.

They’re involved in this new production directed by Gareth Edwards whose famously directed Monsters and created spectacular effects with a tiny budget. So here is first look at  Godzilla, it damn isn’t it big. To be honest, it’s quite surprising there’s any space for it to stand anywhere in that city. The cast of this movie includes Aaron Taylor-Johnson, Elizabeth Olsen, Bryan Cranston and Juliette Binoche. Well they might be good but they aren’t exactly Matthew Broderick.

Someone better fetch the blue paint

Following the dismal failure of Fantastic Four,  Fox will be keen to build on their superhero franchises with the launch of Deadpool.