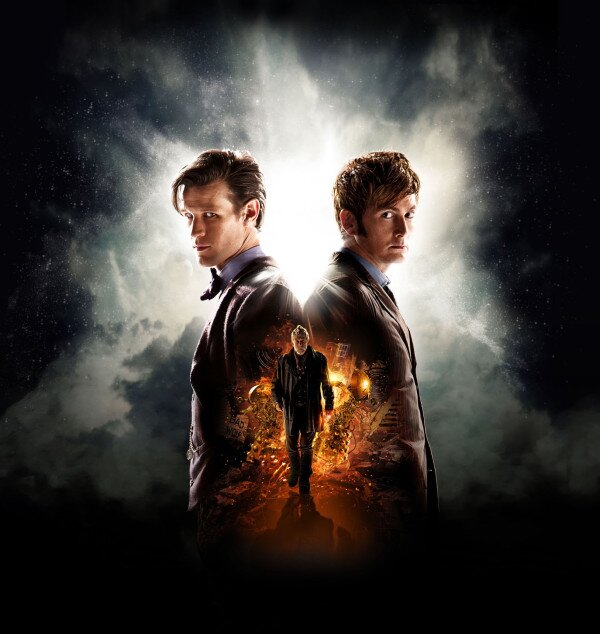 Here’s the first official image released by the BBC for Doctor Who’s 50th anniversary episode now titled ‘The Day of the Doctor’. As expected, it prominently features Doctors ten and eleven as played by David Tennant and Matt Smith with John Hurt in between them. It’s an exciting tease with the TARDIS and Daleks all hidden in there but perhaps most tantalisingly of all is ‘Bad Wolf’ written on the wall beside the John Hurt. It wouldn’t really be a visit from Rose Tyler without Bad Wolf coming up. There’s also a wider movie style poster circulating but it’s yet to have an official release so we’ll circulate that as we have it. 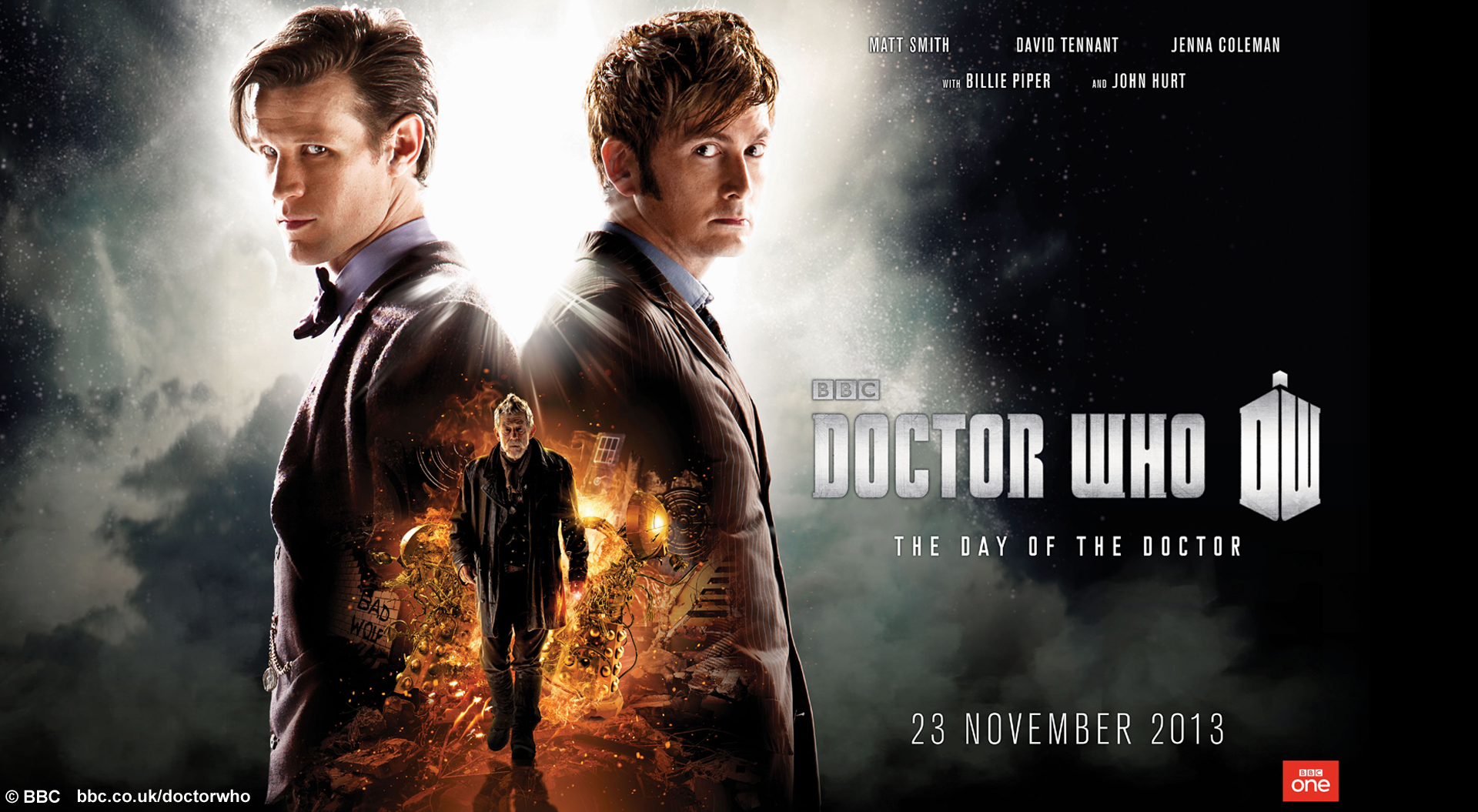 Poster for The Hobbit: The Desolation of Smaug

Promotion part two of the Hobbit

Here’s the latest trailer for Doctor Who series 10, Peter Capaldi’s last turn as the Time Lord and Steven Moffat’s last as head writer.

Here’s a new trailer for Doctor Who series 10. Peter Capaldi is back for his final full run as the Doctor before he passes the Tardis key to a newcomer.