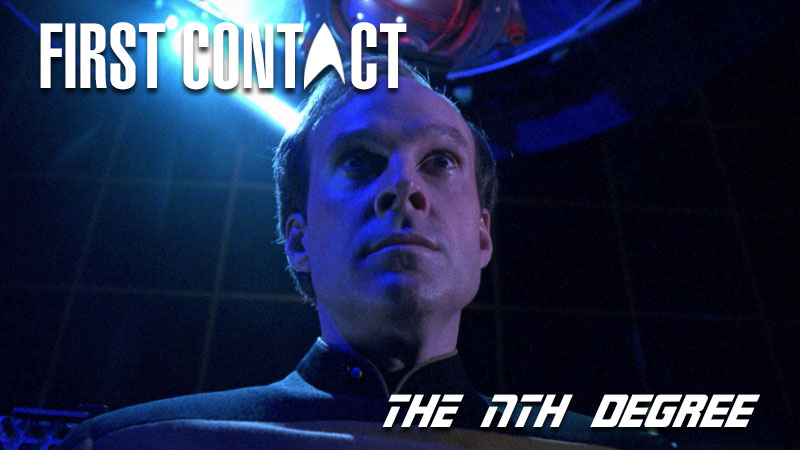 Remember Barclay? He was more entertaining than most of the series regulars so when you come up with a good story,  you might as well give it to him. While out repairing the Argus Array, Reg gets knocked out by a weird space ray from a probe but quickly recovers. He’s not the same after, displaying intelligence, insight and confidence. But as his intelligence increases as does his insubordination. Eventually he hooks himself up to the computer via the holodeck and becomes the computer. His goal is to transport the ship across the galaxy, but what awaits the Enterprise when it arrives? Why, it’s a big floaty head.

Following some unusual sensor readings, the Enterprise finds it is unable to resume its course with both warp and impulse engines failing to have any impact on the ship’s new course towards a weird purple thing that will probably crush them…

How stupid is Riker? Find out in this week’s exciting instalment of First Contact