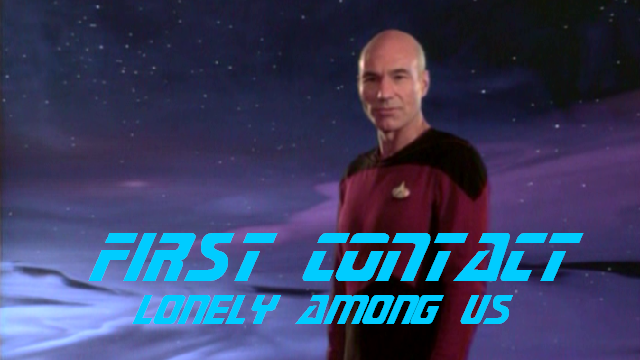 First season tedium starts to kick in as Andrew, James and Alex watch ‘Lonely Among Us’. This is a perfect example of how not to do a bottle show featuring comedy aliens, the crew acting out of character…again, Data emulating Sherlock Holmes and Captain Picard attempting a cryptic clue using the computer panels. But just because the episode isn’t a highlight, that doesn’t mean we’re not hereto entertain you.

Watch along with us.

As the title reveals, this is a time travel episode, or at least it appears to be. It might be an anomaly episode too. Really it’s not very clear.

Following his trauma with the Borg, Picard visits his home village of La Barre in France for the first time in 20 years to reconcile with his brother Robert …

Star Trek, Picard and bringing back your heroes

Jean-Luc Picard is one of the best characters to have graced our television screens. What a brave choice it was to make back in 1987 with the conception of Star Trek: The Next Generation