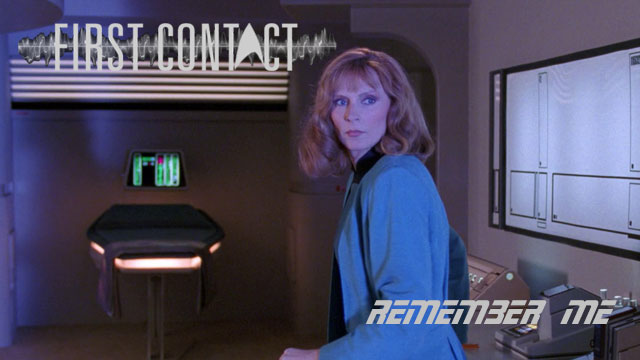 While docked at Starbase 133, Wesley conducts an experiment with the warp core while Doctor Crusher welcomes on board her old friend and mentor, Doctor Dalen Quaice. But the next day he is gone and there’s no record that he was on ever on board. While an investigation is carried out, it seems no one can remember ever meeting the man. Soon after, Crusher’s medical staff also disappear and when she asks the crew about them, they have been forgotten. People keep disappearing until only Beverley remains on board ship. She knows she hasn’t lost her mind but perhaps there is something wrong with the universe. It’s probably something to do with Wesley’s experiment because they always cause life threatening situations and frankly he shouldn’t be allowed to touch things.