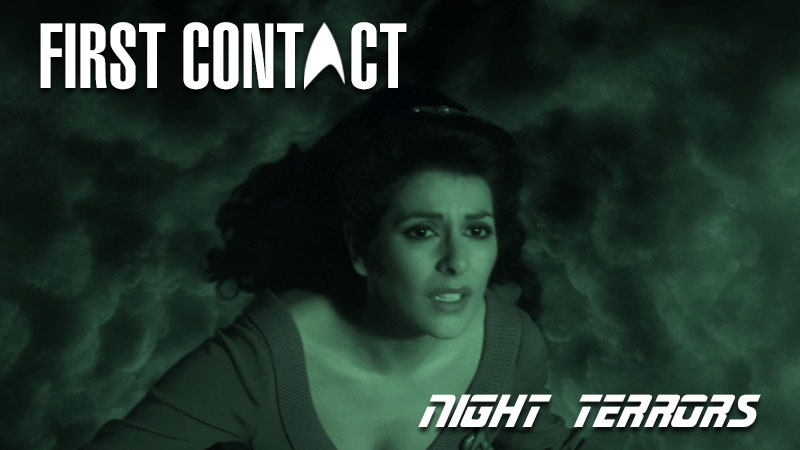 The Enterprise discovers the missing science vessel, the USS Brattain, abandoned in space. It turns out all of the crew have killed each other, having gone slowly mad but with no apparent  explanation. When they try to leave, the Enterprise also finds itself stuck and tensions start to rise with the crew succumbing to the same condition that afflicted those on the Brattain. Turns out they are stuck in a weird space rift which requires a massive explosion to escape from. But apparently they don’t have anything powerful enough on board. But they’re not alone, aliens are trying to communicate with Troi through her dreams which is causing disastrous side effects for everyone else. Can they make her understand before it’s too late?

Q is seeking asylum on the Enterprise having been thrown out of the continuum and stripped of his powers… and his clothes.

Star Trek takes on Casablanca. What could possible go wrong?