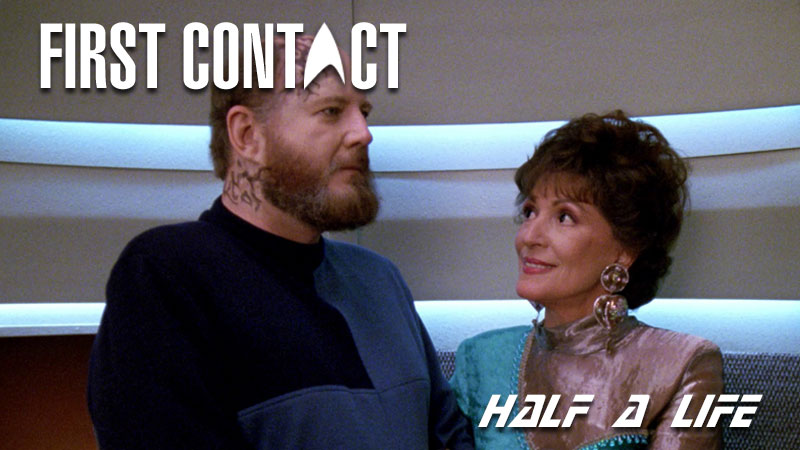 The Enterprise is participating in a scientific mission to help the people of Kaelon II restore life to their failing star. Leading the project is Dr Timicin, who has dedicated his life to this research but is out of his element on the Enterprise, having come from an isolationist world. Lwaxana Troi is also on board visiting her daughter and takes an interest in Timicin, which is eventually reciprocated. After the experiment fails, he reveals to her that he is returning to his planet to take part in ‘the Resolution’ a ritual suicide all members of his society participate in when they turn 60. Enjoying his newfound companionship and with the desire to continue his work, Timicin requests asylum on the Enterprise, which risks causing a diplomatic incident. With his faith lost and at the pleading of his family, he eventually returns to the planet to honour the traditions, which isn’t exactly the neat bow of an ending you expect on Star Trek. Good.

Listen to the previous episode ‘The Drumhead’ here.

Someone found an old original series script titled ‘Devil’s Due’ in a box and they changed the names of the characters. Kirk Picard must face off against Ardra, a woman who claims to be

Andrew and Alex take a break from watching Star Trek: The Next Generation to discuss Star Trek Beyond