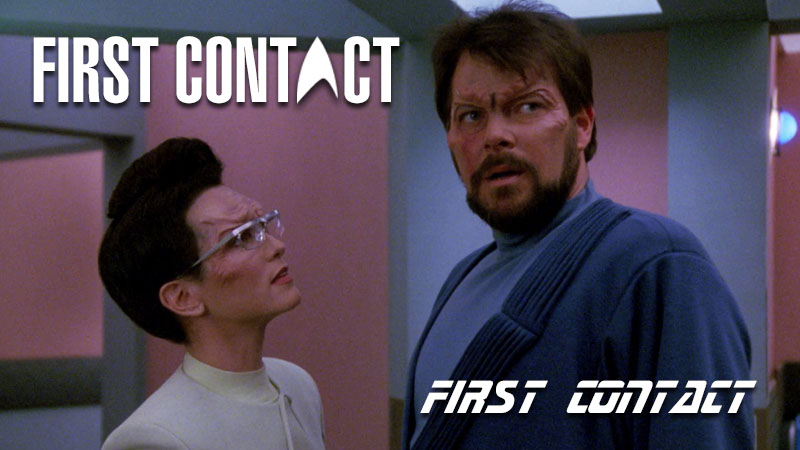 Riker is injured while undercover investigating the Malcorians, an alien race on the verge of warp technology. Riker tries to escape suspicious medics while Captain Picard makes contact with their chancellor in order to introduce the Federation. He is intrigued by the idea but wary as his society has yet to catch up with their technological advances and fear change. On one side, the administrator for the Space Bureau makes the case to pursue the new relationship but on the other, the leader’s chief advisor argues that the planet could go it alone. But trust is broken when Riker’s true identity is discovered and this could have huge consequences for this First Contact mission.

Some space bikers are destroying Federation outposts and Picard is fed up and tracks down their planet of origin and brings their sovereign on board to try and negotiate peace with these outcasts.

In ‘The Icarus Factor’ Riker gets offered a promotion again, and this time it’s personal

The Enterprise is busy pottering along when it’s diverted on a new mission following an awkwardly chummy encounter with the captain of the Hood.