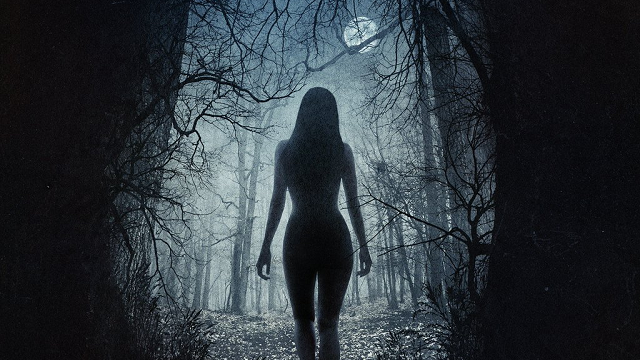 We currently live in a world where you can see a trailer for a Blumhouse paint by numbers feature – this time the haunting is Native American themed! – after a trailer for the latest James Wan flick (as an aside, why are we making another Enfield Poltergeist adaptation so soon after the entertaining Sky Living miniseries?) after a trailer for the latest Purge movie (as an aside, for those who loyally watch this franchise not for the reasons of Frank Grillo’s ruggedly handsome cheekbones, please explain yourselves). It makes for some passable weekend time wasting, but sometimes you just want your scares to come with a side of heady material worth getting the litcrit red pen out for.

Which brings us to The Witch, an American-Canadian production that came out of nowhere (technically the Sundance Film Festival) to quite a bit of positive critical whisperings, basically making it this year’s The Babadook. The Witch is horror, yes, and definitely marketed as horror with that poster with the black goat closeup. But it’s not the kind of blood spatter and ghosts popping out of the closet kind of horror that audiences kind of expect. To be fair, the subtitle of the film, A New England Folktale, should be enough of a giveaway. Folktales and fairytales act as instructional guides for the young, often with a strong coming of age element. Just like the Grimms’ stories before it, The Witch is at its heart a girl’s coming of age tale that has bloody consequences. Har har, now sit down and let’s dive into that text.

The story is straightforward from the outset. A family is exiled to a small farmstead on the edge of a spooky forest. A baby goes mysteriously and probably supernaturally missing, and the blame is directed in the way of Thomasin, a girl finding herself in that liminal boundary-testing space of early teenagerdom. Are witches behind it? Or is it that old timey Puritan religion putting everyone slightly off their rocker? The family balance is disturbed in the most disturbing way possible.

After all, what could be more of a horror to a Puritan family than a daughter leaving childhood behind, and what could be a more apt expression of this than a witch narrative? Particularly when looking at written works in the Early Modern period, witches as a concept are a manifestation of the wild and uncontrollable feminine that exists outside the control of a social system defined by patriarchal autocracy and religion, while covering all kinds of themes from initiation to female independence. Seriously, read a bit of what King James had to say on the subject and then read between the lines. It’s fascinating seeing this play out on an isolated family homestead teetering on the claustrophobic knife edge of Calvinist mania. I could go on, but this isn’t a term paper.

Robert Eggers and team also take advantage of the dark interiors to play with light and framing in a way that’s delightful to see in a genre movie. Let’s just say the last time we saw the New England countryside so lovingly and moodily put to film, Tim Burton was recreating it on a soundstage with Johnny Depp. There’s a painterly influence to the way they use light and darkness in the close interiors especially, and certain frames really have a touch of the Dutch Masters about them. Then, you have a bleak, washed out palette that goes alongside the equally bleak reality of Pilgrim life punctuated with splashes of red. It’s a treat for cinemagoers on that alone.

However, there’s also another point that’s particularly of note: It’s impressive seeing child actors really carry a movie like they do here. The two eldest in particular, played by Anya Taylor-Joy and Harvey Scrimshaw, will be ones to watch if they keep up the acting gig given the natural ease and charisma they bring to the admittedly difficult source material.

One thing I will say is that this film is not for everyone. I walked out of the cinema surrounded by a whole lot of confused punters (and one guy saying he blamed his friend for having to sit through it). The dialogue is strictly Early Modern to the point of practically being a foreign film and the pace is slow and considered, focusing in more on the close spaces of unfolding family drama than in providing gallons of blood for a discerning public. When the end finally does come, it’s far away from a neat Hollywood ending and will definitely leave some audiences cold. However, it did play beautifully with the fairytale concept and its broader coming of age theme. All depends on how you approach it and what you’re expecting, really.

To give you an idea of the tone, The Witch makes a perfect double bill with We Are What We Are, the criminally under-appreciated fundamentalist religion-themed remake of a Mexican story about a cannibal family. You could probably also play it alongside Pan’s Labyrinth if it’s dark fairytales you’re after, or read some Angela Carter as a chaser. Either way, bust out your professorial glasses and best tweed suit with elbow patches for the conversation in the pub afterwards.

About Jac Thurmond 25 Articles
Co-founder of The Spoilist. Resident horror aficionado. Also reviewing science fiction, animation, and arthouse films. You can find me on Twitter.