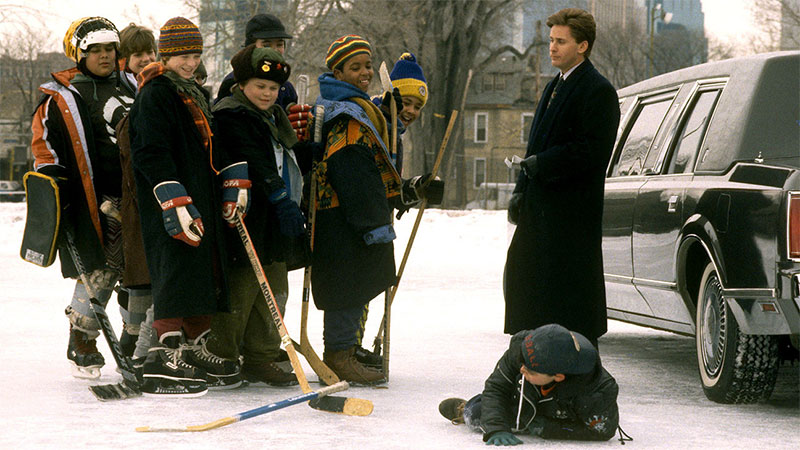 The Mighty Ducks: Game Changers, has arrived on Disney+. It’s a continuation of The Mighty Ducks and its two sequels which were solid hits for Disney during the early to mid-nineties. And despite the passage of time and an almost entirely new cast (so far anyway), this absolutely fits into the Mighty Ducks canon, sharing the themes of the original film. Yes, I said themes. The Mighty Ducks films got pretty short shrift from critics upon its release. And sure, they’re functional but I don’t think that was entirely fair. To make a successful narrative film, you need a plot, characters (who will ideally experience change), and themes to add depth. And hey, the original Mighty Ducks has plenty of theme, so lets dig into that and see how it carries into the new show. 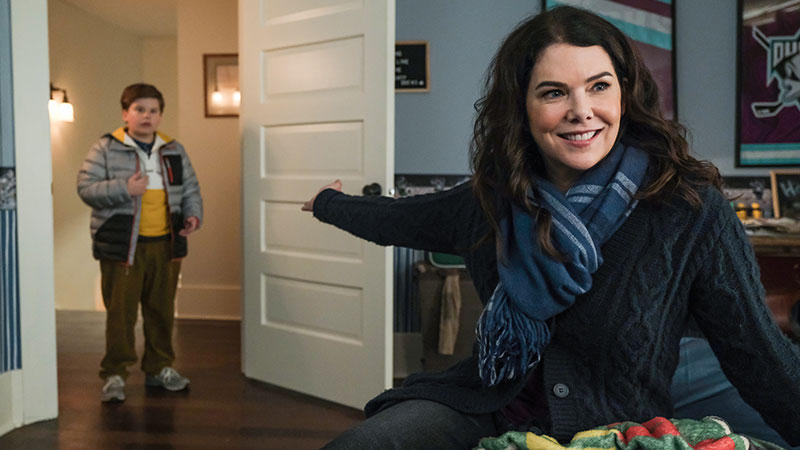 The lead character in The Mighty Ducks is Gordon Bombay, a lawyer forced into peewee hockey coaching as community service following a drink driving charge.  As a young boy, in the same year his father died, he missed a penalty in the state final hockey game and was berated by his coach. After this, despite his talent, he gave up hockey, forgot what he loved and became a slimy lawyer. And so, to redeem himself, he coaches a ragtag group of underdogs lacking skill and talent. But he sees himself in one boy, Charlie (Joshua Jackson) who stands up to his apathetic coaching and awakens his love of sport. Of course, Charlie’s mother has raised him alone and happens to be perfect love interest material.

And you know, it seems that theme has continued into the 2021 revival, with Lauren Graham’s Alex Morrow raising a hockey-loving son alone, finding an embittered Gordon Bombay running a run-down hockey rink. Whatever could happen next?

The original Mighty Ducks is pretty interesting on this one because Gordon actually has three surrogate father figures, two to show him what not to do, and one who sets him on the right path. Firstly, and perhaps most notably, there’s his peewee hockey coach  Jack Reilly (Lane Smith) who has an outstanding track record and believes in winning at all costs. From shaming Gordon for letting down his team in the opening sequence, he’s very clearly the antagonist, but has had a profound psychological impact on young Gordon. And in order to move beyond his power and slay this demon, Gordon come up against the man who defined his youth.

Then there’s Gerald Ducksworth (Josef Sommer), Gordon’s boss who he’s desperate to please. He initially seems to be a fairly benign figure, negotiating a deal for Gordon and sending him on his community service to learn how to be a team player rather than showboating his legal talents and then sponsoring District 5 to give them the Ducks name. But when Gordon finds that the district lines have deprived the Ducks of a talented player, he pulls some strings and tries to ensure that the rich get to play by different rules. Booo!

Anyway, the good father figure is Joss Ackland’s twinkly Hans, the man who owns a sporting goods store where Gordon spent his youth hanging out and sharpening skates or something. He’s the one who teaches the lesson that the most important thing, in anything you do, is to have fun.

Then of course Gordon decides to let people into his life, first Charlie and then his mother Casey, as he perhaps becomes part of the family. I’m guessing that didn’t work out in the end though.

Look, this is quite explicitly the theme of the first film. It’s right there in the dialogue when Ducksworth asks Gordon what he loves outside of his work.  And Reilly’s the coach who ostensibly runs the evil team, the Hawks, who wear black and do anything to win including going out of their way to hurt opposition players. And then there’s the Ducks, who just want to play but need someone to show them how. They resist Gordon’s attempts at winning by cheating before Hans reminds him that what he loved was being out on the ice, flying… like a duck. So Gordon passes that on to his team and teaches them technique in the process.

And that’s all there in the new show but there’s a nice contemporary angle on it. The Ducks are now an elite team and children aren’t allowed to just play, they have to have be athletes at the right age and get coaching and either have their eye on a college scholarship or professional career.  The message is if you’re not going to be elite, there’s no point in playing. And so when the weak are cut from the team, they form their own team, the Don’t Bothers, where anyone can play and possibly be beaten in a humiliating fashion. But hey, I bet they come good in the end.

Letting go of the past 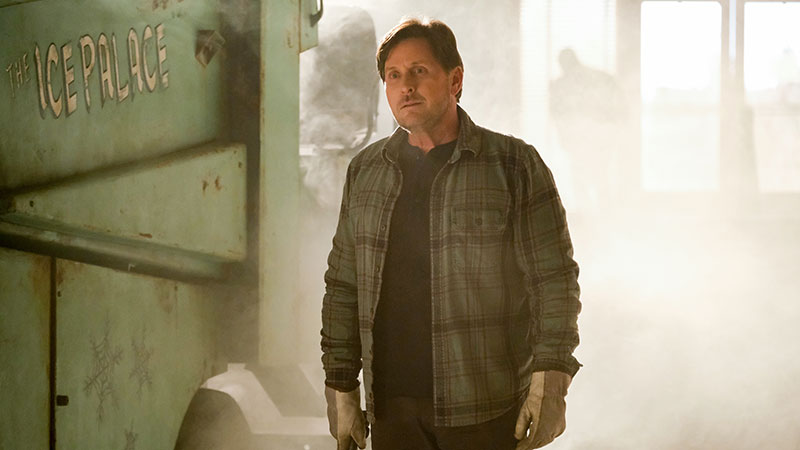 The past is powerful and you’ve got to deal with it before you can move forwards, well at least according to this franchise – you deal with your problems in your own way. That penalty miss defines Gordon’s whole life, giving up a potential career in hockey and becoming a bitter husk of a human with little regard for anything or anyone. But he does have a really nice coat. Anyway, once he learns that it actually doesn’t matter and it’s all about the love of the game, he’s happy to send Charlie out to take a crucial penalty but importantly, he doesn’t make it a defining moment like his coach did and put pressure on him. He makes it about having fun. And because he lets go of everything from the past, he can go back and get a trial in the minor leagues because it’s never too late. And by the second film, he’s achieved his dream… except he gets a horrible injury and has to coach again. But anyway, sequels ruin all arcs.

When we find him in 2021, he claims to hate hockey and children and refuses to coach. There’s something in his past holding him back. What could it be? But he owns a skating rink in Minnesota. That’s just asking for temptation. It’s almost like alcoholic Sam Malone running a bar in Cheers.

Gordon starts out as a lawyer, and a very good lawyer, winning by any means possible finding the loopholes in the law. Later, when he starts coaching and realises how bad his team are, he encourages them to take dives. But by realising that the joy is in playing, the team comes together and by coming together and finding joy, they become a better team, and win anyway. This lesson does not apply to real life.

Maybe it’s just because we’re in a sequel and the series has the involvement of Ducks’ creator Steven Brill, but it doesn’t seem like a coincidence that Alex is working in a law firm, as a paralegal, having given up her law degree in order to raise her son. And perhaps, by coaching a terrible hockey team and putting on skates again, she’ll be able to pursue her dreams. It’s also interesting that Gordon, having clearly hit hard times following the loss of his love for hockey (again) didn’t return to law and get himself some more really nice coats.

The Mighty Ducks: Game Changers is currently streaming on Disney+.