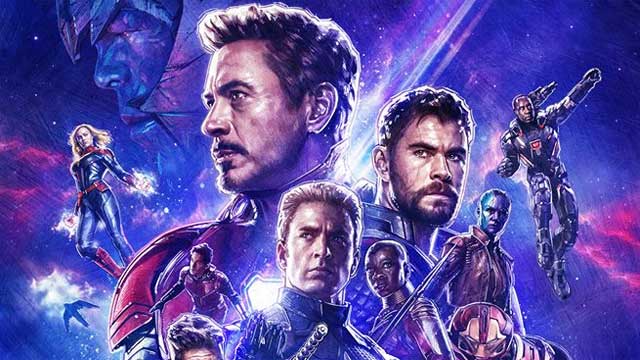 How do you follow up on a generation’s biggest cinematic cliffhanger? It’s surely impossible. The good guys lost. The bad guy won and lots of people died horribly. It was shocking. But surely that was all it was. Everything will be reversed and the status quo will return. Surely you can’t cash in that promise? Well, with Avengers Endgame, it turns out that you can and you can do it with style.

This film is basically every version of Avengers: Endgame that every fanboy has possibly imagined over the past year. You wanted the sad indie film where everyone sits down and talks about loss? You got it. How about a revenge fantasy? Oh yeah. You want the broad comedy? It’s there in spades. You want the pulpy sci-fi where everyone goes on a mission in meaningful pairings? It’s there. You want that movie that gets nostalgic about the last decade of films? DING, DING, DING!

And it’s a far more cohesive film that Infinity War was. While there was a thrill in seeing 80 characters occupying the same movie, that film often felt like it was just a bunch of things happening at lightning pace. In contrast, Endgame has a far simpler narrative and gives the surviving characters time to pause, deals with the fallout of the prior events and then when the plot kicks in, it feels very much in keeping with the universe but also completely different to anything we’ve seen before.

Strip it back and it’s the Avengers on a mission – go to the place, get the thing and save the day but the stakes and the consequences have never been higher. And the peril and the tensions are really effectively ratcheted up with the diverse range of locations. Just when you think a plan is coming together, new obstacles find their way and mostly they never feel contrived.

The main focus is on the original Avengers with each getting a moment to shine. Having been left out the previous film, a tragic Hawkeye comes back into the fold in order to explore his relationship both with his family and Natasha. Ant-Man finally makes it to the main lineup and Rudd delivers some outstanding zingers. Mark Ruffalo does something completely different with Hulk and has more to play with than ever before. Thor is perhaps the least well served of the original characters with some aspects of his character occasionally jarring with the overall tone.

And at the heart of it are Captain America and Iron Man, each getting the chance to add extra layers to their characters and deepen their relationships as well as helping to define their place in this Marvel Cinematic Universe. Every beat that has been set up between these two over the past decade is paid off. Also, Rhodey is in the film.

But when you sit down and watch, you’ll understand exactly why each character is in this film. They each slot into the narrative like a puzzle piece, playing their part to perfection and allowing the outlandish plot to unfold organically. There are cameos aplenty from the wider world but none of them feel crowbarred in. If they were forced, it would be called fan service, but as it all feels perfectly natural, it’s just logical.

Does this change blockbuster cinema forever? Well, probably not. While this is a culmination of a 22 film franchise and it’s completely unique, so far nobody else can replicate what Marvel have done. And it seems at this point, few want to try. So while this may be something new, it could be the peak height of a shared universe. It feels like the natural ending.

Which takes us nicely onto the theme of the film. It’s about endings. Are we able to accept how things have turned out? Should we fight for something better? Can we choose our path or take the one that others expect of us? And how can we honour others after they’ve reached the end of their journey? Questions, asked and many of them answered. There are also signs of new beginnings. Just because the journey ended, doesn’t mean the universe did.

If you want to be nitpicky, the extended coda perhaps feels a little indulgent in the same way that the conclusion to Peter Jackson’s Lord of the Rings films did. However, after all of this, they’ve earned the right to be a little indulgent. So make the music swirl, manipulate our souls and bring those nostalgic tears to our eyes.

We should talk more about the music. The early MCU films were often accused of having weak scores with no memorable themes. Even the Alan Silvestri’s Avengers theme wasn’t much loved. Well it is now. Silvestri’s whole score sets the tone perfectly, from the echoes of the past to the moments of crescendo.

Those are the moments are heroes hit their greatest heights or experience their darkest hour. And you’ll be sitting in your seat and at times even thinking about standing. At the end, you might even clap. It is brilliant, it’s rewarding, it’s satisfying. Basically, it’s super.

That Disney/Marvel merger is finally paying off

Watch the Comic Con teaser for Avengers: Age of Ultron