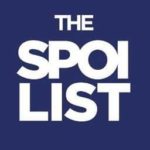 The Spoilist was founded in May 2012 by some writers in need of an outlet for their musings on pop culture. Over time some drifted away and others joined our happy band but we’ve always tried to maintain a tone of flippant insolence.

We try to bring a variety of reviews of the best of film and television as well as trailers, features and interviews but writing is hard and posting a link to YouTube link is easyt so often it’s just the trailers.

In early 2013, we launched our first podcast – First Contact: The Next Generation Introcast – as a couple of Star Trek veterans guide a newcomer through Star Trek’s second show. That show has racked up three seasons over 5 years which isn’t actually that impressive when you think about it.